Welcome to Part II of the 2019 United Nations Disarmament Yearbook. Prepared each year at the request of the General Assembly, the Yearbook offers a comprehensive and authoritative guide to recent developments and trends in the field of multilateral disarmament, non-proliferation and arms control.

This forty-fourth edition features, for the first time, a collection of graphics and charts that provide key historical context."

The Office for Disarmament Affairs makes every effort to maintain the Yearbook as a consistent source of objective information for the diplomatic community, academia and the general public. I am pleased to note that this latest volume incorporates a number of innovations meant to expand on what then-Secretary-General Kurt Waldheim, in his introduction to the very first edition, set out as the publication’s aim: contributing to “a better and broader understanding of disarmament issues”. This forty-fourth edition features, for the first time, a collection of graphics and charts that provide key historical context while highlighting opportunities for further progress.

Additionally, in recognition that gender issues are crucial to address in creating the conditions for lasting peace and security, the present volume of the Yearbook is the first to devote a full chapter to the topic of “gender and disarmament”. It is hoped that this information will assist policymakers and practitioners in considering how gender-responsive approaches can improve their disarmament-related work, including through the pursuit of equal participation by women and men in relevant multilateral forums and decision-making.

Let's not forget: gender must be at the heart of arms policy."

Although women continued to be significantly underrepresented in these processes throughout 2019, the General Assembly prioritized women’s full, equal and meaningful participation in forums tackling issues such as ammunition management, nuclear disarmament verification and the global ban on biological weapons. The First Committee of the General Assembly voiced direct support for pursuing gender parity or addressing gender considerations in 17 of the resolutions it adopted during its seventy-fourth session, and implementing gender-responsive approaches and training was a growing focus of entities working on disarmament issues both in and beyond the United Nations system. Also, as a personal contribution to raising awareness, I authored an op-ed in which I made the case for gender to be placed “at the heart of arms policy”

In the following pages, you will find a detailed accounting of 2019’s progress and setbacks across the disarmament field, where policymakers and practitioners acted on priorities that included limiting risks from strategic competition between States; preserving the international norm against chemical-weapon use; effectively managing conventional weapons and ammunition and countering their illicit manufacturing and trade; developing meaningful responses to emerging weapon technologies; and improving the functioning of the intergovernmental disarmament machinery. Meanwhile, Member States partnered with the Secretary-General to achieve notable movement towards fulfilling commitments that he made in 2018 as part of his Agenda for Disarmament, Securing Our Common Future.

Under the new ‘Youth4Disarmament’ initiative, the Office undertook a variety of programming to connect young people with experts.”

Still, the many challenges in these areas underscore the need for disarmament processes to become more inclusive in order to facilitate fresh ideas and approaches. This makes 2019 particularly notable as a landmark year for youth participation in disarmament, with the United Nations and its Member States taking significant new steps aimed at supporting the entry of young people into the field. The General Assembly passed, for the first time, a resolution on “Youth, disarmament and non-proliferation”, reaffirming the important and positive contribution that young people can make in sustaining peace and security. Meanwhile, under a new outreach initiative called “Youth4Disarmament”, the Office for Disarmament Affairs undertook a variety of programming to connect geographically diverse young people with experts to learn about current international security challenges, the work of the United Nations and how they can be active participants

Let us do our utmost to preserve and build further upon the legacy recalled in these volumes."

I encourage you to consider the following pages from the perspective of these young people, for each edition of the Yearbook is written not just as a convenient reference for our time, but also as a chronicle for succeeding generations. Let us do our utmost to preserve and build further upon the legacy recalled in these volumes in the hope that future readers might find in our efforts a narrative of humanity’s shared journey towards peace 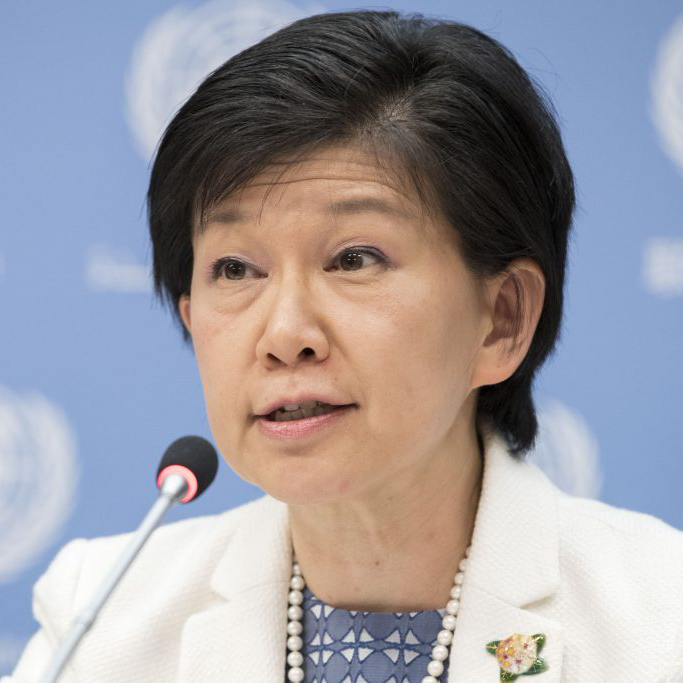